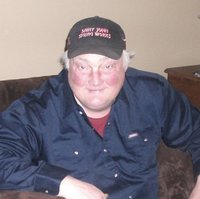 It is with great sadness the family announces the passing of Leslie Charles Snider on Thursday, January 28, 2021 at the age of 61. Born November 6, 1959, in Sussex, NB, he was the son of Royce and Marjorie (Steele) Snider.

Leslie left school at an early age because he deemed actual work to be more important than studies. After working in the woods for a few years he obtained his Class 1, Truck Drivers License and that
remained his profession. Declining health made it difficult to continue in the later years, however, he remained on the road through his discussions at Tim Hortons. He was quick witted, fond of a little
teasing (give or take) and was happy to help anyone in need.

Leslie is survived by his parents, sisters: Louise (Dan Boismier); Shelly (Trent) Bronnum-White; Sharon (Bain) Huggins; brothers: Herbert (Tina); Wayne; and chosen brother Russell Golding, as well as several
nieces and nephews. He was predeceased by his grandparents: Herbert and Amelia Snider and Edgar and Tressa Steele and by his youngest sister, Cindy Hunt.

Arrangements have been entrusted to the care of Wallace Funeral Home, Sussex, NB. A private family service and interment will be held at a later date. Donations may be made in his memory to the Sussex
and Area Community Foundation or to a charity of the donor’s choice. Personal condolences may be offered through Wallace Funeral Home (wallacefuneralhome.com).