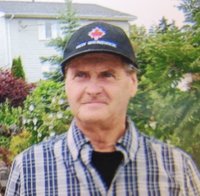 It is with sadness the family announces the passing of Brian Hanson, age 73, which occurred at the Sussex Health Center on March 18, 2021. Born in Saint John, he was a son to the late William & Dorothy (Keating) Hanson-Walls.

Brian is survived by his daughters: Tina Landry of Young’s Cove, Evangeline Hanson of Sussex; his son Wade Landry of Salisbury, NB; his grandchildren: Remi and August; his brother Dwight Hanson of Saint John.

Donations in memory of Brian, may be made to the Alzheimers Society or to a charity of the donor’s choice. Online condolences to the family and donations may be made at through WallaceFuneralHome.com