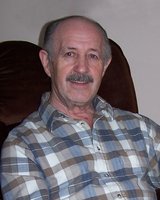 It is with sadness the family announces the passing of Bernard Jean Fitzpatrick, 84, of Sussex on May 19, 2021. Born on June 14, 1936 in Marystown, Newfoundland, he was the eldest son of the late Capt. Edmund & Kathleen (Butler) Fitzpatrick.

Bernard will live on in the hearts of his loving wife of 57 years, Irene (Michaud) Fitzpatrick of Sussex; his sons: David Fitzpatrick (Anett) of Halifax, Andre Fitzpatrick of Rothesay; his daughter, Sandra Fitzpatrick (Jeff) of Moncton; his grandchildren, Matthew Fitzpatrick, Elizabeth Fitzpatrick; his brothers, Con Fitzpatrick, Ed Fitzpatrick (Bea); his sisters, Lizetha Pitcher (Arch), Kathleen Fewer; his aunt, Geraldine Stapleton as well as many nieces, nephews, and friends.

Bernard (known as Bernie or Fitz) had a varied and interesting life and always took great pride in his work and experiences. After High School, he trained as a Telegraph Operator at the College of Fisheries in St. John’s, Newfoundland. He went on to work as a telegrapher for the Marystown post office, on various ships around the coast and in many outport communities in Newfoundland.

At 22 his ambition and sense of adventure drove him to relocate to the isolated town of Schefferville, Quebec where he began working in the chemistry lab of the Iron Ore Company of Canada. It was there that he met and fell in love with another young lab technician, Irene Michaud, whom he married in 1963. Together they would move to Labrador City, and then Sept-Îles, Quebec, where they lived for 12 years. When opportunity arose to accept a position as plant foreman for a brand-new potash mine, the couple relocated once again with their three children to Sussex, where Bernie worked for the Potash Corporation of Saskatchewan (PCS) until he retired at the age of 63. He always spoke highly of his time there, and of his co-workers who became good friends.

Bernard loved talking with people everywhere he went, and even taught himself to speak French so that he could converse more easily at work or with his wife’s family, with whom he was very close. He was knowledgeable and always interested in the world. Reading the paper or listening to the news meant he could easily get into a conversation about almost any subject. He also had a lifelong love of music and enjoyed playing the guitar and singing with his brothers whenever he could make it home to Newfoundland.

With seemingly endless energy, he was meticulous in caring for his surroundings and could often be found polishing up the van in the driveway or mowing the lawn to the perfect length. He loved the beauty of nature that could be found in his own backyard; watching and feeding the birds, squirrels, deer, and other animals that would stop to visit. He always had his camera nearby to capture the moment – especially moments in the lives of his children who have a well-documented childhood thanks to Dad’s love of photography.

His family will always remember his generosity and his desire to provide guidance to those he loved. He will be forever in our thoughts.

Arrangements have been entrusted to the care of Wallace Funeral Home, 34 Sunnyside Drive, Sussex (433-1176). Due to Covid-19, arrangements will be announced at a later date.

Online condolences may be made at www.WallaceFuneralHome.com