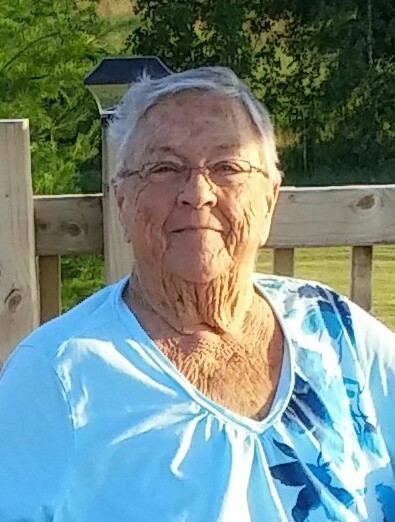 Thelma Ann (Starkey) Slipp of Codys, NB passed away at the Kiwanis Nursing Home on June 8th, 2021 at the age of 84. Thelma was born on March 6th, 1937, in Codys, NB. Thelma was the daughter of the late Harry and Margaret (Chisholm) Starkey.

Thelma was the middle child in her family of five. She grew up on a farm and loved helping her father with chores. One winter her father fell and broke his hip, so Thelma stepped up and did his cream run. She really enjoyed driving the 5-ton truck. She was always telling stories about driving the cream route. In 1957, Thelma married her husband, George. They moved to Saint John where George was able to find work quickly. Thelma decided to remain home and take care of their home, her loving husband and three children. The family lived in Saint John for 20 years until George and Thelma decided that their hearts were back in the country where they had both grown up. In 1978 they built their home and moved back to Codys.

After returning to Cody's, Thelma was able to be an active member of the Codys Women's Institute and received recognition for being a lifelong member. Thelma also loved to sing and loved being a part of the Gloria Dei singers and Codys Baptist Church Choir.

Thelma was a wonderful baker, she enjoyed making cakes and cookies, but her specialty was her biscuits. She also loved to make quilts, during the winter you would always find her working on making and quilting a large quilt. When going up and downstairs became difficult, she would have a quilt on in the living room.

She wanted to make sure that she was always in touch with her family, extended family as well as friends. She would make sure that she took time to reach out to people to see how they were doing and fill people in on what was going on with her and her family. She would write long letters and spent evenings on the phone catching up with people. She loved making sure that everyone was kept up to date with all the important information.

Thelma will forever be remembered for her kindness, generosity, singing, baking, love for her family and friends, her love of God and her gift of gab.

She is also survived by her sister, Connie and her husband Arthur and two sisters-in-law: Doris and Frances; as well as several nieces and nephews and extended family members. Thelma was predeceased by her brother Harry H. Starkey as well as her sisters: Mae Connell and Virginia Ellison.

Arrangements have been entrusted to the care of Wallace Funeral Home, 34 Sunnyside Drive, Sussex, NB (506-433-1176) from where visitation will be held on Thursday, June 10, 2021 from 1 to 3 and 6 to 8pm. A Celebration of Thelma’s life will be held from Atlantic Community Church on Friday, June 11, 2021 at 2:00pm. Due to Covid-19, please call the funeral home to reserve your seat. The interment will take place in Coles Island Cemetery.

In lieu of flowers and due to severe allergies in the family donations may be made to Atlantic Community Church, IWK or to a charity of the donor’s choice. Online condolences and donations as well as the livestream of the funeral service may be found at www.WallaceFuneralHome.com