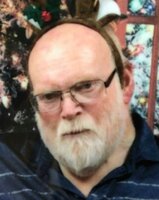 Along with his parents, he is predeceased by his brothers: Tom, Robert and Donald Moss; his brothers-in-law, Calvin Duffy and Mike Turner and by his sister-in-law, Rona Moss.

Arrangements have been entrusted to the compassionate care of Wallace Funeral Home, 34 Sunnyside Drive, Sussex, NB (506-433-1176). All arrangements will be held privately.

Donations in memory of Lorne’s memory may be made to the Children’s Wish or the IWK Children's Hospital. Personal condolences to the family and donations may be made through wallacefuneralhome.com.