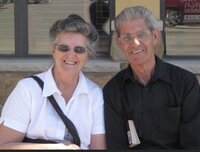 It is with great sadness that the family of Muriel Faye Newman announces her death, which occurred on June 8 at her home. Born in East Scotch Settlement, NB, on May 2, 1940, she was a daughter of the late Albert and Hazel (McLean) Williams.

Along with her parents, Muriel was predeceased by her brothers: Lloyd Williams, Vernon Williams, Albert Jr Williams, Jerome Williams; her sister, Jessie Williams Mcfawn, and Her beloved son, Kevlin Newman

Donations in memory of Muriel may be made to Outreach Pentecostal Church or the Heart and Stroke Foundation. Personal condolences to the family and donations may be made through wallacefuneralhome.com