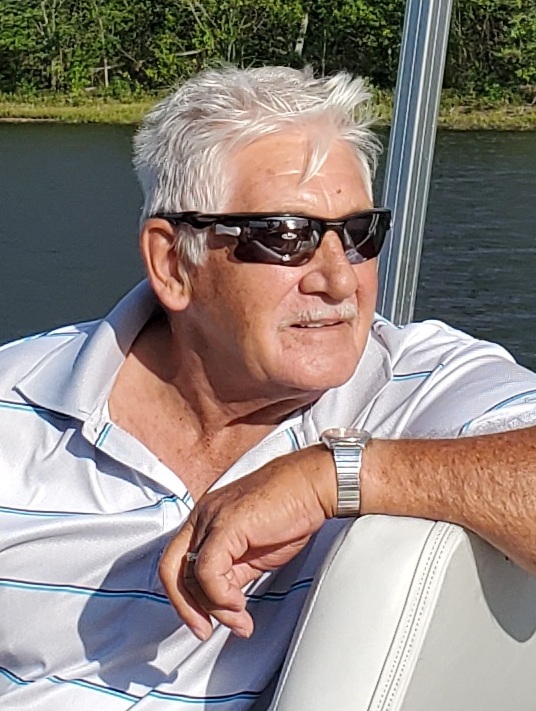 It is with great sadness that the family of Bernard Laurence Parker announces his sudden passing at the Sussex Health Centre on June 21, 2022, at the age of 78. He was the son of the late Lester and Joyce Parker.

Bernie arrived in Canada, from England with his mother in 1946. He grew up in Glenmont, NS, and moved to NB for work at Canada Packers and Shur- Gain.

He was always whistling or singing a tune. He had a great passion for old cars, especially Fords. Bernie sure enjoyed spending time working on his '69 LTD and '65 Mustang.

Bernie was such a kind and gentle soul; always thinking about others and forever ready to lend a helping hand. Bernie loved his Sunday drives, arriving home in time for a cold one, a chunk of cheese, and listening to the Sunday night Valley Jamboree.

He will live on in the hearts of his loving wife, Patricia (Parlee); daughters: Kimberly and Bernadette; grandson, Colton (Lauren); granddaughter, Mia and, great grandson, Gibson; his brothers: Vic (Joani), Doug and, Donnie (Val); his sisters: Faye (Gary) and Leona; and Sister-in-law, Dodie all of NS. Also, Miranda (Mike) Whiteside who was like a daughter to him. As well as many nieces and nephews who he was so fond of.

Along with his parents, he was predeceased by his brother, Howard, and his nephew, Basil.

The family requests that donations be made to a charity of the donor’s choice. Personal condolences to the family and donations may be made through wallacefuneralhome.com