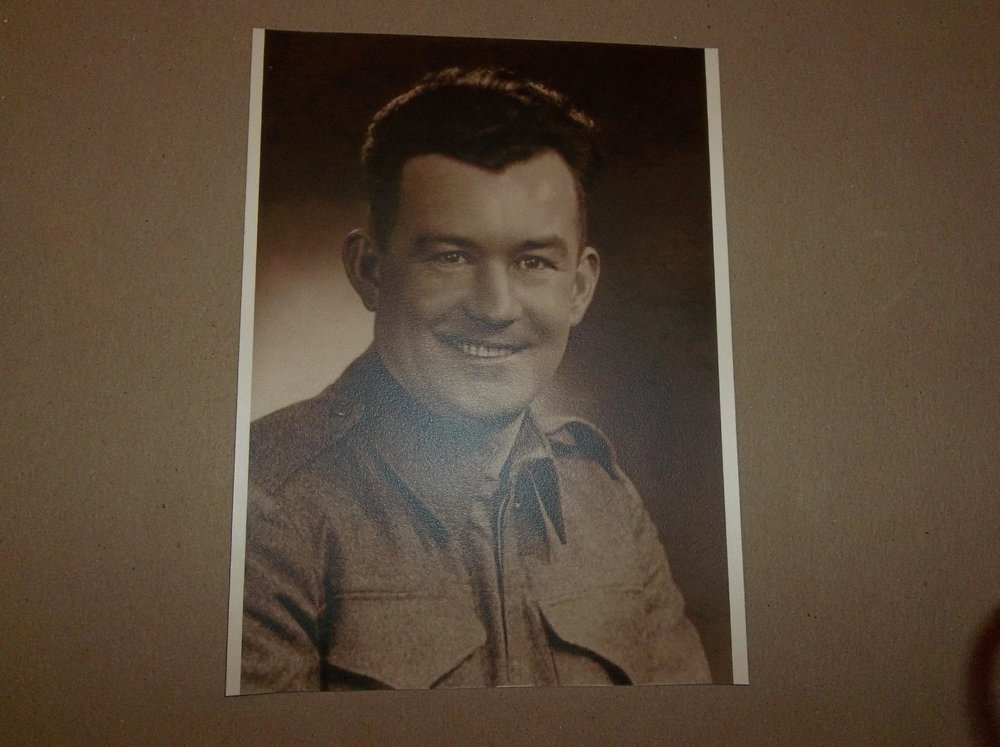 Michael Owens was born in Cody's on October 26, 1908, he was the son of the late Daniel Owens and Alberta Maskell and the husband of Lillie (Connell) Owens.

Michael Served Overseas in the Army during WWII.

Michael will be remembered by his wife; Lillie, his daughter; Bonnie and her husband Bill of Long Creek; two sons; Doug Owens and his wife Jane of Renforth, NB, Ron Owens and his wife Janice of BC; two sisters; Agnes Wetmore of Saint John, NB, Violet Owens of Cody's, NB; grandchildren; Kelli and Darci; also by several nieces and nephews.

Mr. Michael Colby Owens of Sussex, NB, passed away at the Saint John Regional Hospital on July 20, 1997 at the age of 88.

A service celebrating Michael's life will be held from Wallace Memorial Chapel on Wednesday, July 23, 1997 at 11:00 Am. The interment will take place at Coles Island Cemetery.

Share Your Memory of
Michael
Upload Your Memory View All Memories
Be the first to upload a memory!
Share A Memory