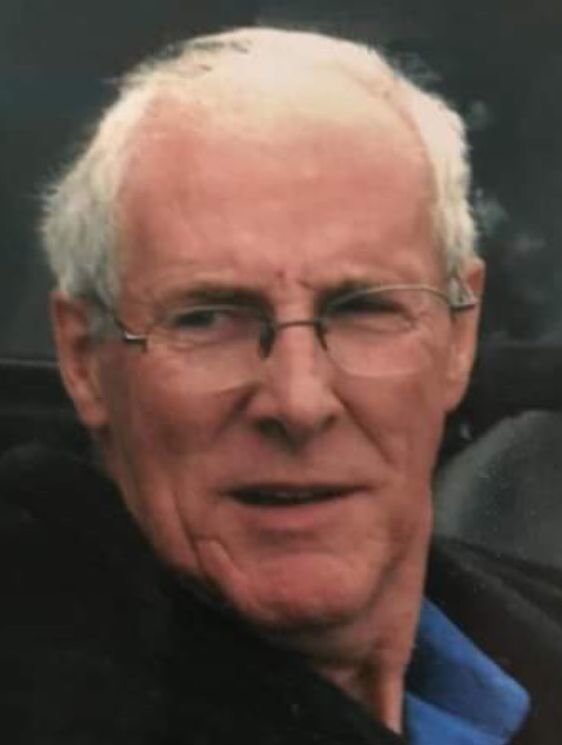 With heavy hearts we announce the passing of Harold Murray Bell on January 7, 2021 at the Kiwanis Nursing Home at the age of 78.

Born in Sussex, NB on May 5, 1942. He was the son of the late H. Murray and Grace Edris (Robinson) Bell and the loving husband of 56 years to Mary (Perry) Bell.

Harold worked for Sussex Cheese and Butter and Baxter’s Dairy/Saputo for 39 years. He enjoyed spending time at the rink coaching his son’s hockey teams. He also enjoyed bowling and family time at the Belleisle Cottage with his grandchildren. Harold was always the one to make everyone laugh at all the family gatherings.

Along with his parents, he is predeceased by his brother, David Bell.

Arrangements are entrusted to the care of Wallace Funeral Home, 34 Sunnyside Drive, Sussex, NB (506-433-1176). Due to Covid-19 All arrangements will be held in the spring.

Donations in memory of Harold may be made to the Kiwanis Nursing Home, Alzheimer’s Association or Donor’s Choice. Online condolences and donations may be made at WallaceFuneralHome.com

The family would like to thank all of the staff at the Kiwanis Nursing Home for the wonderful care that Harold received over the past five years.

Services for Harold Bell
There are no events scheduled. You can still show your support by planting a tree in memory of Harold Bell.
Visit the Tribute Store

Share Your Memory of
Harold
Upload Your Memory View All Memories
Be the first to upload a memory!
Share A Memory
Plant a Tree