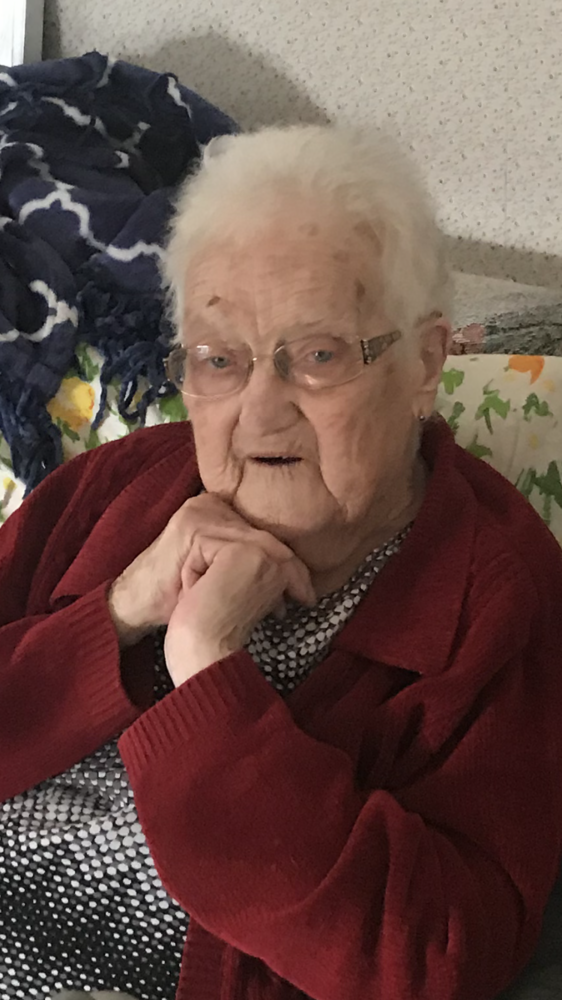 It is with sadness the family would like to announce the passing of Doreen Jeffries, 93, of Sussex, which occurred at the Sussex Health Center on January 21, 2021. Born in Barnesville she was a daughter to the late Robert & Violet (Jamieson) Armstrong.

Besides her parents, Doreen was predeceased by her husband John Cedric Jeffries in 1998; her brothers: Murray Armstrong, Lloyd Armstrong and Junior Armstrong; her daughter in laws, Janice Jeffries and Tina McDermott as well as her granddaughter Krista Jeffries.

Arrangements are entrusted to the care of Wallace Funeral Home, 34 Sunnyside Drive, Sussex, NB (506-433-1176). Due to Covid-19 all arrangements will be held in the spring.

Services for Doreen Jeffries
There are no events scheduled. You can still show your support by planting a tree in memory of Doreen Jeffries.
Visit the Tribute Store

Share Your Memory of
Doreen
Upload Your Memory View All Memories
Be the first to upload a memory!
Share A Memory
Plant a Tree