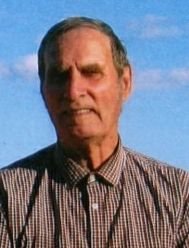 It is with great sadness the family would like to announce the unexpected passing of Matthew Geradus van de Brand, 87, of Penobquis, NB. Pop passed away peacefully with his family by his side at the Sussex Health Centre on January 25, 2021 following a brief illness.

Pop was born in Edinhoven, Holland on June 9, 1933. Following the devastation of the second world war, Pop immigrated to Canada on his own at the young age of 18 and settled to work on a farm in St. Leonard, NB. He briefly returned to Holland where he met and married Martina Klaassen on February 2, 1959 in Overloon. Mom became his lifelong partner for 62 years. Together, they started their great adventure, boarded an ocean-liner, crossed the Atlantic Ocean and arrived on a cold February day in 1959 at Pier 21 in Halifax. After a couple of years in St. Leonard, Pop and Mom realized their dream and purchased their own dairy-farm in Penobsquis in 1961.

Ambitious, tenacious, hardworking and self-reliant, Pop and Mom persevered through many hardships to become successful commercial dairy-farmers. In addition to farming, Pop was skillful in carpentry, plumbing, gardening and mechanics. He semi-retired from full-time dairy-farming at the age of 79 years but continued to have an active interest in the farm for years thereafter. John Deere was one of his closest life-long friends.

Pop was a very proud newcomer to Canada, calling it the most beautiful place in the world. Becoming a Canadian citizen was one of his proudest moments. He travelled across Canada and returned to visit Holland periodically. He was always happiest at home on the farm. Pop was well cared for by Mom and he lived peacefully at home on his cherished farm until the last day of his life. Pop will be remembered for his loyalty, integrity, devotion to his farm and family, and for enjoying a good debate. His strong work ethic was second to none. Fundy National Park was one of his favorite places and many a Sunday family picnic was enjoyed in Alma. In his final years, he especially enjoyed listening to country music and was fond of his two cats.

Pop was a former member of the Sussex Kiwanis Golden K. Club.

Pop will be sadly missed by his loving wife, Martina and their ten children: Fred (Judy) of Penobsquis, Tony (Wanda) of Salisbury, Anne-Marie (Blake) of Halifax, Peter of Penobsquis, Jimmy (Donna) of Plumweseep, William (Kim) of Lindell Beach, BC, Henry of Penobsquis, Edwin (Kim) of Waterford, Bernadette (Kevin) of Halifax and Matthew Jr. of Moncton; 18 grandchildren: Dennis (Kim), Melanie (Brandon), Tammy (Andy), Ryan (Emily), Lisa (Justin), Ty, Trevor (Melanie), Dustin (Rebekah) and Brianna, all of New Brunswick, Ethan and Zachery, both of Nova Scotia, Jonathan (Emily) of Ontario, Chase (Erin), Sammy (Kim) and Jessica, all of Alberta, Vanessa and Andrew, both of British Columbia and Abby of Australia; nine great grandchildren: Harmony, Hunter, Rylee, Mya, Kohan, Hailey, Maddix and Madelynn, all of New Brunswick and Owen of Alberta. He also leaves behind many relatives in Holland and Ottawa, including nieces and nephews.

He is predeceased by his parents, Anthoneius and Henrica (Riek) van de Brand; his infant son, Matthew; his brother, Tony; his sister, Lisa and his daughter-in-law, Norma.

Arrangements have been entrusted to the compassionate care of Wallace Funeral Home, 34 Sunnyside Drive, Sussex (506-433-1176). Due to Covid-19 there will be a memorial service held at a later date.

Donations in memory of Pop may be made to the Heart and Stroke Foundation or to the memorial of the donor’s choice. Online condolences and donations may be made at WallaceFuneralHome.com

To our dear Pop, may you finally rest in eternal peace.

The family of the late Matthew van de Brand wish to sincerely thank everyone for their cards, phone calls and many memorials during our recent loss. A special thank you to caregiver, Dena Stevens.

Share Your Memory of
Matthew
Upload Your Memory View All Memories
Be the first to upload a memory!
Share A Memory
Plant a Tree