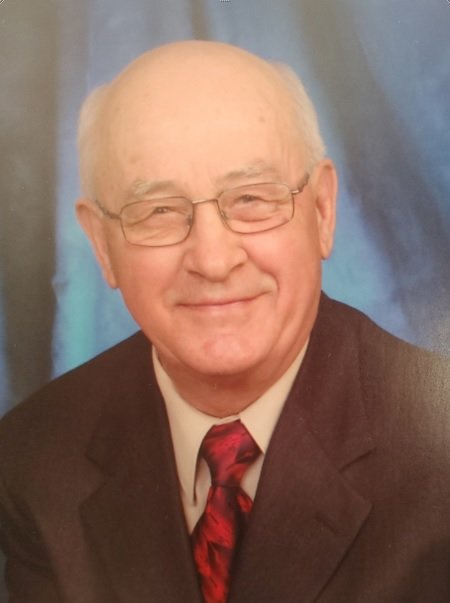 Harley Warren Murray passed away peacefully at the Kiwanis Nursing Home on February 24, 2021. Born in Penobsquis, NB on June 10, 1928, to the late Stetson and Bessie (Hall) Murray, he spent his 92 years sharing the tales of his life.

Harley was a wonderful storyteller and loved to tell them. Gathering the attention of those around him, combining fact—and sometimes a bit of fiction—to reel you in, and always ending with a playful grin.

Before you knew it, through his stories you were on one of his many misadventures. Riding around the neighbourhood by bike for his daily exercise (and socializing), perfecting one of his many carpentry projects or learning something new with his beloved Cub Scouts.

You were joining him with his brother and best friend, Bill; as they worked and wandered on their land in Picadilly. A place that they loved dearly, and found joy at well into their eighties.

Stories about the love of his life, Ruth were among his favourites. How he fell for her at first sight and how they married at the Head of Millstream Church in 1953. How the sun rose and set on her, how he admired how smart and sharp she was, and how he loved her for over sixty years. Together they spent their lives dedicated to their family, friends, church, and community.

Harley didn’t just tell stories, he created memories that will be carried with his family and friends forever. Get-togethers filled with love and laughter, walks in the woods sharing his passion for the outdoors; moments of fun and silliness, all to get a smile, and the warmth he gave through a simple hug or a handhold.

A special thank you to the staff at the Kiwanis Nursing Home, caregivers and friends: Marlene Crandell, Gloria Hayward, and Stephanie Watson for their care and kindness, and Carl Steeves for the great company over the years.

Arrangements have been entrusted to the care of Wallace Funeral Home, 34 Sunnyside Drive, Sussex, (506-433-1176). A private family visitation will be held Tuesday, March 2, 2021, and a graveside service celebrating Harley’s life will be held in the Spring.

If you are considering making a memorial donation in memory of Harley, the family has recommended the Kiwanis Nursing Home, Diabetes Canada, or a charity of your choice. Condolences to the family and donations may be made through WallaceFuneralHome.com

Services for Harley Murray
There are no events scheduled. You can still show your support by planting a tree in memory of Harley Murray.
Visit the Tribute Store

Share Your Memory of
Harley
Upload Your Memory View All Memories
Be the first to upload a memory!
Share A Memory
Plant a Tree