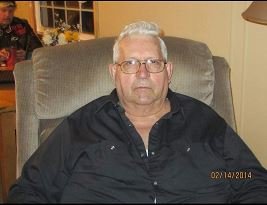 On Monday, March 15,2021, we said goodbye to a great warrior, John “Jack” Corey Liddle who passed away peacefully at the Sussex Health Center, at the age of 85.  Jack was born in Sussex on February 25, 1936.  He later moved to Piccadilly and then South Branch where he met the love of his life, Joann.

Jack was the youngest of his siblings but always a spit fire, and always put up a good fight and usually won the battle. He was always first in line to go to the dance in his early years.  He loved to hunt, fish, and tell stories of years gone by.  We could always count on him for all the special dates, all recorded in the little book he always kept within arm’s reach.

Jack worked for many years as a carpenter, but the trucking industry won him over.  He was always happy to jump in the big rig for the day.  Trucking for many employers over the years, Shur-Gain, Canada Packers, Norrad’s and his final days with Fanjoy’s Transport.  Jack’s trucking days ended abruptly, Jan30th, 2003 when he had a truck accident while at work that almost took his life.  After 6 months in the hospital and many surgeries later, Jack pulled through thru and surprised us all.  The 18 years that followed had many bumps in the road, but the good days kept him going.  The last few years have been a challenge both for him and Joann, his beloved wife of 62 years.  Joann and Jack fought the battle together at home, always hoping for a tomorrow.  Thanks to the help of family, friends, care givers, the extra mural team, doctors, nurses at the Sussex Health Center and a great neighbour always there to help, Jamie Daley.

Jack and Joann were blessed with three loving children who he loved dearly. Mary his eldest daughter, his shadow son, Johnny, and his “baby” as he called her, Susan.  All three children were always just a phone call away if needed.  The later years brought 6 grandchildren, 10 great grandchildren and 2 great-great grandchildren. He was very proud of them all and looked forward to their visits…most of the time anyway (lol)

Arrangements have been entrusted to the care of Wallace Funeral Home, 34 Sunnyside Drive, Sussex, NB (506-433-1176) from where a public visitation will be held on Thursday, March 18, 2021 from 1:00pm until 3:00pm. A private celebration of Jack’s life will be held following the visitation. Interment in Pioneer Cemetery will be held a at later date.

Donations in memory of Jack, may be made to the charity of your choice. Condolences to the family and donations may be made through WallaceFuneralHome.com

Share Your Memory of
John
Upload Your Memory View All Memories
Be the first to upload a memory!
Share A Memory
Plant a Tree