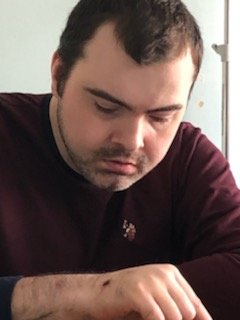 Brett Eldon Clarkson was born in Fredericton on August 10, 1989; he was the son of Carl and Connie (Barclay) Clarkson.

He will live on in the hearts of his parents; his sisters: Sabrina Steeves (Brandon) of Salisbury and Laura Clarkson (Brad Marr) of Sussex Corner; as well as a nephew and several nieces, aunts, uncles and cousins.

Brett Eldon Clarkson of Sussex Corner passed away at the Saint John Regional Hospital on April 4, 2021 at the age of 31.

Share Your Memory of
Brett
Upload Your Memory View All Memories
Be the first to upload a memory!
Share A Memory