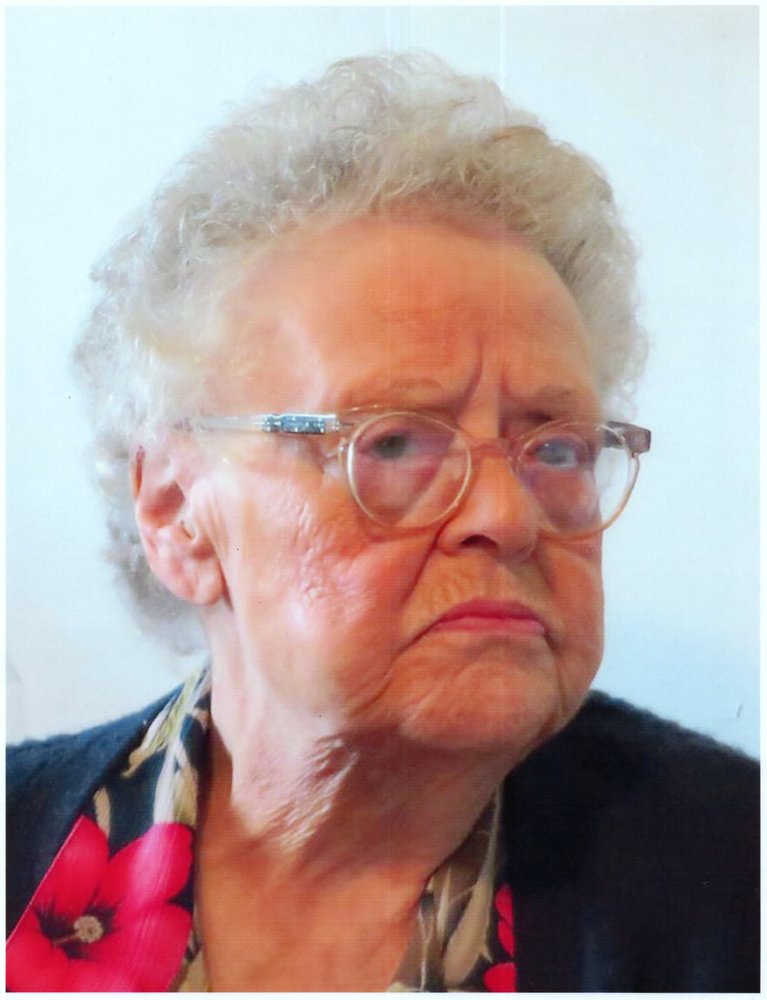 Anne Campbell Manning of Sussex passed away at the Sussex Health Centre on June 9, 2021 at the age of 88. She was the daughter of the late Fred and Annie (Dobson) Cosman and the wife of the late Beverly Manning who passed away in 2002.

She was the last surviving member of her immediate family of fifteen children.

She will live on in the heats of her children: Susan MacNichol (Brian) of Sussex Corner, Heather Manning-Magee (Bill) of Grand Bay – Westfield and John Manning (Patty) of Dutch Valley; her grandchildren: Chris (Angel), Linda (Blake) and Caleb; her sisters-in-law: Pat and Ruth Cosman; as well as several nieces and nephews.

Along with her parents and husband, she is predeceased by her brothers: Bob, John, Charlie, Fred, Don Ned, Bill and Kenny Cosman; as well as two infant brothers: Walter and David and by her sisters: Helen Langley, Shirley Wallace, Margaret Lovett and Freda Chandler.

Arrangements have been entrusted to the care of Wallace Funeral Home, 34 Sunnyside Drive, Sussex, NB (506-433-1176). The private graveside service will take place in Kirk Hill Cemetery.

Services for Anne Manning
There are no events scheduled. You can still show your support by planting a tree in memory of Anne Manning.
Visit the Tribute Store

Share Your Memory of
Anne
Upload Your Memory View All Memories
Be the first to upload a memory!
Share A Memory
Plant a Tree