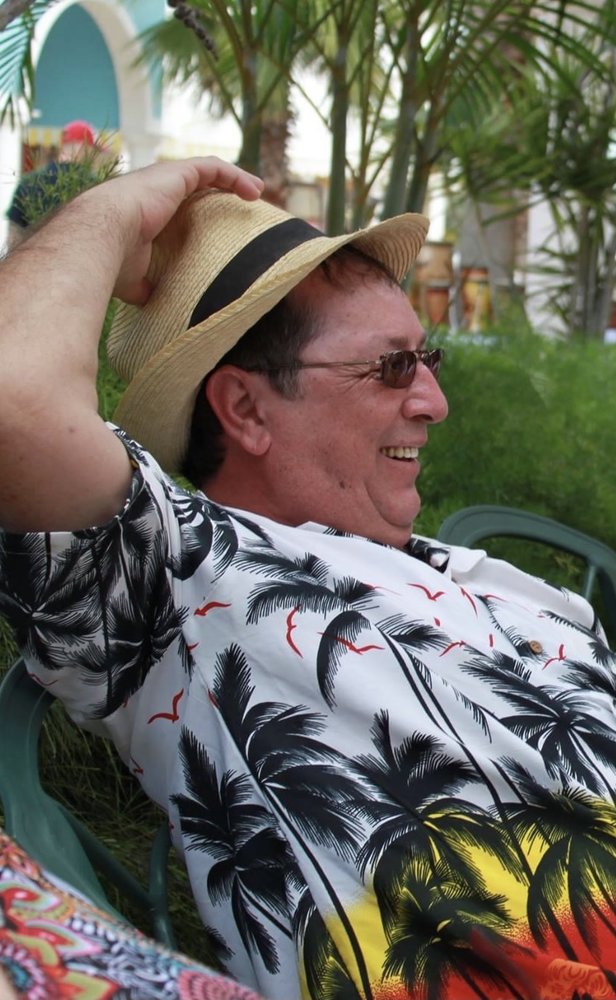 On the morning of August 8th, 2021, Jeff passed away peacefully in his home with his family by his side.

Jeff was born to Paul and Thelma Harris, in Woodstock, N.B. on August 11, 1956. He moved to the Petitcodiac area in 1975, where he would meet the love of his life. They then moved to the Sussex Area in 1979, where he and his wife raised their two beautiful sons.

He will live on in the hearts of his wife, Deb (as he affectionately referred to her); his sons Adam (Erin) and Kelly (Jessica);  his mother, Thelma Harris; his grandchildren, Cooper, Jacob and Joseph; his brother Mark Harris; his sisters Brenda Ingraham (Carl - deceased), Sheila Bradley (Dave), Phyllis Neron (Jim - deceased), Charlene O'Blenis (Ross), Kathy Orser (Mike), Lorrie Magee (Carl), Valerie White (Chris) and Shelly Harris (Sherry Cable). Jeff also had a special place in his heart for his mother-in-law, Mary-Ann and sister-in-law, Rose; Cooper's mother, Holly; multiple chosen children (foster children Luke, Stephen, Saxon, and all the other "littles" we are unable to mention); Atlantic Education International Exchange for youth (Alcoy and Millena); and countless friends. Along with his father, Paul Harris, Jeff is reuniting with his brother Allan Harris, and Allan’s spouse, Grace.

Jeff was also predeceased by an amazing father-in-law, Reg Perry.

Jeff was a devoted man whose family and friends meant the world to him. He enjoyed travelling with his wife (particularly going to Cuba with their "Cuba gang"); supporting, coaching or joining his sons in basketball, curling, bowling, baseball and golf (and heckling the refs on questionable calls); being a wonderfully fun Grampie; working in the woods with Danny; hunting with his hunting buddies (Brian and Danny); and doing anything he could to help others.

Jeff touched lives everywhere he went, including his places of employment; in the woods, at Baxters, Vics Progressive Diamond Drilling, and Barbours. His easy going manner, ability to tease and make fun, and loyalty to his employers made the work day easier for all. He also shared a love, with his wife, for the Atlantic Balloon Fiesta and their "balloon family".

Arrangements have been entrusted to the compassionate care of Wallace Funeral Home, Sussex, where a Celebration of Jeff's Life will be held on Wednesday, August 11th, 2021, with a time of visitation with the family from 11 – 2, followed by a service at 2:30 pm. The date of August 11th is particularly special to us, as we will also be celebrating Jeff's 65th birthday.

The family would like to express deep gratitude to the Sussex Palliative Care Unit for their compassion and dedication. You couldn't have been more helpful. www.WallaceFuneralHome.com.

Share Your Memory of
Jeffery
Upload Your Memory View All Memories
Be the first to upload a memory!