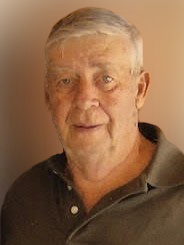 It is with great sadness that the family of Carl Edward Fanjoy announce his passing at Sussex Health Center on August 9, 2021 at the age of 88.  Born in Chamber Settlement, NB, he was a son of the late James and Eva (Carr) Fanjoy.

In addition to his parents, Carl is predeceased by his son, Trevor; his brothers: Emmerson (Mildred), Harry (Verda), and Ralph; and his sister, Eileen Hawkes (Murray).

Carl started his career working on the farm in Chamber Settlement, later working in the woods and delivering milk in St Martins for Sussex Cheese and Butter.  He left Cheese and Butter to work at Glendale in Sussex.  In 1973 he left Glendale and was one of the founding members of MMH Mobile Homes in Sussex.  In 1980 he retired from the home building business and spent the last several years doing wood working.

Carl loved the outdoors and was an avid fisherman and hunter.  He made several trips to New York to turkey hunt and travelled to Newfoundland to hunt moose.  He and Joyce spent many summers enjoying their cottage in Mechanic Lake spending time with friends and family.

Share Your Memory of
Carl
Upload Your Memory View All Memories
Be the first to upload a memory!
Share A Memory