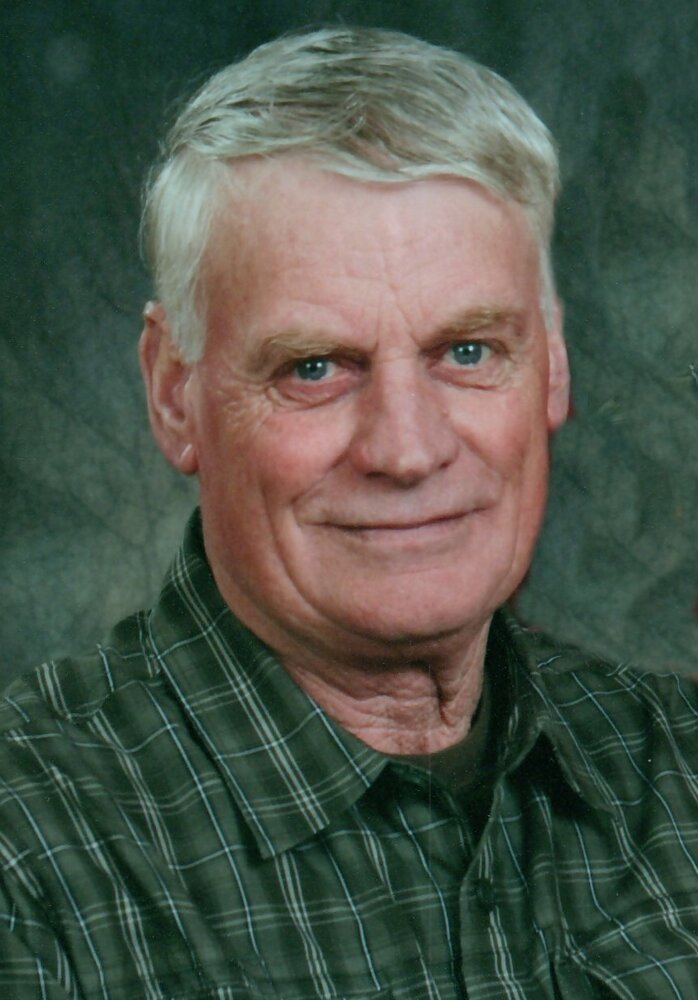 It is with heavy hearts that the family of Mr. Richard “Dick” McLeod announce his passing on November 11, 2021 at the age of 76. He was the son of the late George and Pearl (Smith) McLeod.

Dick took great pride in his woodlot.  He would often drive back to look around and enjoy the peacefulness.  He was involved in SNB Wood Co-op and the Marketing Board for many years.  In 1990 he won The Maritime Private Woodlot Owner of the Year for NB, the first year it was awarded.  In the early 1990’s, the woodlot became part of the Fundy Model Forest Program under the Nation Model Forest.  He hosted visitors from various countries, including China, Germany, Russia, and Poland.

Dick enjoyed rebuilding two Allis Chalmers tractors with Jeff.  It took a few years, but they did it!

He enjoyed his work operating a bulldozer building wood roads and clearing land.  Many praised him for his work and said he was one of the best.

He enjoyed talking about McLeod genealogy.  He helped organized many reunions over the years.

He will live on in the hearts of his loving wife of 51 years, Shirley (Wilkins); their children: Jeff McLeod (Heather) of Wards Creek and Julie McLeod (Don Bustin) of Penobsquis; their grandchildren: Jacob Johnston (Jessi Lynch), Nathan McLeod and Sydney McLeod; his siblings: Wayne McLeod (Minnie) of Penobsquis, Donna Murray (Edwin) of Penobsquis and Kathy Huestis (Andy Dawson) of Fredericton; his brother-in-law, Allen Parlee of Fredericton; his sisters-in-law: Janet McLeod of Halifax, Enid Adair (George) of Adair Rd and Ruth Belliveau (Dennis) of Sussex Corner; as well as several nieces and nephews.

Along with his parents, he is predeceased by his sister, Marilyn Parlee; his brother, Dale McLeod; his infant brother, Merle and by his brother-in-law, Ron Wilkins.

Arrangements have been entrusted to the compassionate care of Wallace Funeral Home, 34 Sunnyside Drive, Sussex, (506-433-1176), from where visitation will be held on Monday, November 15, 2021 from 11-1:30pm. A Celebration of Richard’s Life will take place at 2:00pm. Due to the recent COVID-19 regulations, Proof of NB Identification and Vaccination must be provided for entry and masks are mandatory.

Donations in memory of Richard may be made to the Sussex Extra Mural. Condolences to the family and donations may be made through WallaceFuneralHome.com

Share Your Memory of
Richard
Upload Your Memory View All Memories
Be the first to upload a memory!
Share A Memory