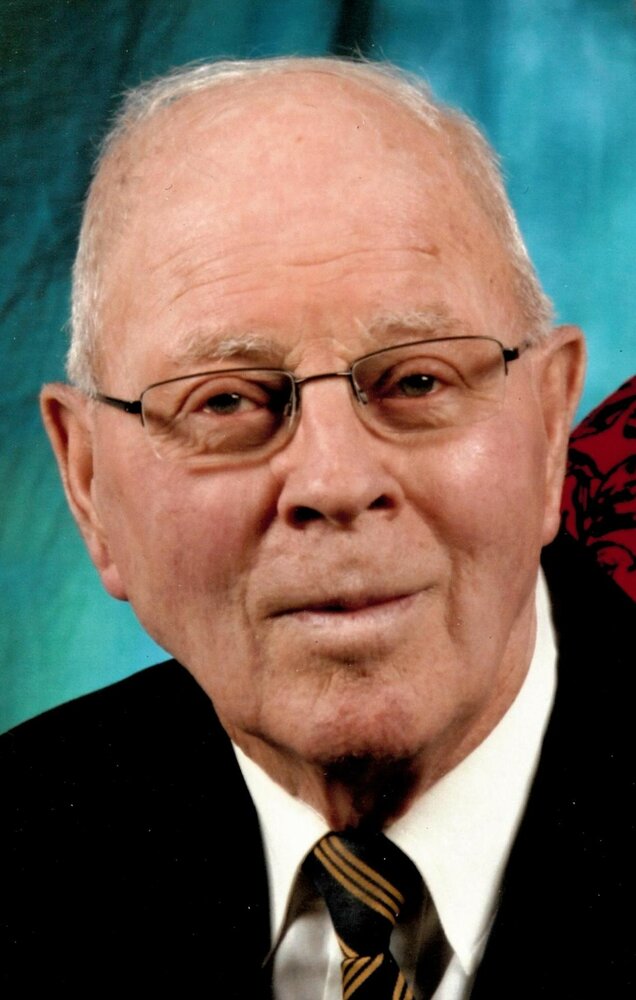 It is with heavy hearts we announce the passing of Clarence WA McFarland of Sussex, NB on November 19, 2021, at Ridgewood Veterans Wing, Saint John, NB. He was born in Urney, March 10,1926.

Clarence was predeceased by his beloved wife, Madeline (Carr); son, Jim; son-in-law, Tim; his brother, George; his parents: James and Marion (Proctor) McFarland and by his stepmother, Grace (Proctor).

Dad had a great passion for the outdoors. He often talked about how blessed he was to always have jobs he enjoyed.  In his young life, he worked with his father in the lumbering industry.  After the start of World War II, he joined the army in 1944. Following basic training in Dundurn, Saskatchewan, he was assigned to the 17th Duke of York's Royal Canadian Hussars for service in Canada, England, Belgium, and Holland.  He was in Holland during the liberation. Dad and Mom enjoyed several trips back to Holland to celebrate anniversaries of the liberation. They also received several visits in Canada from their Dutch hosts.

Shortly after the war ended, Dad attended NB Ranger School in Fredericton. He then worked as a Forest Ranger with the Department of Natural Resources in the Sussex area for almost 25 years. He continued in forest and lumber management for various companies including Irving Woodlands, Dead River Limited and Sussex Wood Co-op.

Throughout Dad's life, he was always involved in his church and community. He served in various roles at Trinity Anglican Church such as Lay Reader, Warden, vestry member, and the Brotherhood. He was also an active board member of the Sussex Anglican Church Homes. He was a member of Zion Lodge, Golden K and the Royal Canadian Legion, Branch #20. He was an avid Blood Donor, enjoyed selling poppies and helping the Salvation Army with the Christmas Kettle Campaign.

Dad and mom enjoyed spending their winters in Florida for many years and Dad even managed to find opportunities to volunteer in the park they lived in. In later years, Dad enjoyed the friendships he made while attending his weekly card games.

The family would like to thank Dad's home care workers:  Lisa, Nancy, and Gail. Your care, compassion and friendship are very much appreciated. He enjoyed his time spent with each of you. Also special thanks to the staff of Ridgewood Veterans Wing for the dignity and respect shown to our dad while under your care.

Arrangements have been entrusted to the compassionate care of Wallace Funeral Home, 34 Sunnyside Drive, Sussex, (506-433-1176). A Celebration of Clarence’s life will be held from Trinity Anglican Church on Friday, November 26, 2021, at 11:00am.  Due to the recent COVID-19 regulations, Proof of NB Identification and Vaccination must be provided for entry and masks are mandatory. The Royal Canadian Legion Sussex Branch #20 will hold a tribute at Trinity Cemetery at 12:15pm.

Donations in memory of Clarence, may be made to the Trinity Anglican Church, Royal Canadian Legion Sussex Branch #20, Ridgewood Veterans Wing or to a memorial of the donor’s choice. Condolences to the family and donations may be made through WallaceFuneralHome.com.

Dad's love of God, family and country was with him always and guided his daily living.

Share Your Memory of
Clarence
Upload Your Memory View All Memories
Be the first to upload a memory!
Share A Memory