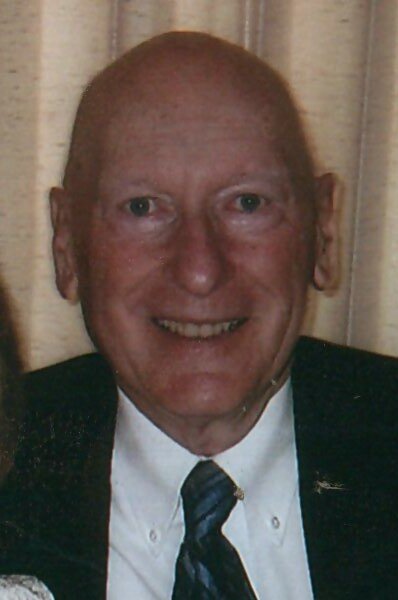 Mr. Clarence “Bud” MacLong was born in Waterford, NB on December 14, 1939. He was the son of the late Clarence and Ruth (Saunders) MacLong.

Bud was a spiritual man who had a deep faith in God. In 1960, he met a girl from Cedar Camp who would become the love of his life and for 61 years they would build their love story. They built a life on friendship, love, respect, and adventure.

As newlyweds, Doreen and Bud moved to Saint John and from there they would travel to Hamilton, Fort Chimo, Saint John, Fredericton, Newcastle and back around again until they would settle in Sussex Corner. All the while building lifelong friendships along the way. Bud’s easy-going manner and gentlemen ways made it easy for him to fit in wherever he went.

Due to Bud’s hard work and dedication, he was able to receive his CGA designation while he was working full time and helping raise four children. His accounting career gave him a number of opportunities in various industries where he excelled and was highly respected and sought after.

He was a family man who liked nothing better than having his family around him whether it was in the family home or the little place on the hill in Cedar Camp. He was a long-time member of the square-dancing club and enjoyed his weekly night out with his loving wife.

For 25 years he spent his winters in Florida and it became a second home. Bud was a member of the Silverados and looked forward to meeting up with old friends and meeting new people.

Even though Bud led a healthy lifestyle, he was not able to beat hereditary heart issues. He had a heart attack when he was 53 years old and took his recovery very seriously for the remainder of his life. He valued the health care system and openly spoke of his respect for his care team.

He will live on in the hearts of his wife of 61 years, Doreen (Parlee) MacLong; their children: Lori Edgar (Will) of NS, Cindy Lunn (Andrew) of Grand Bay-Westfield, David MacLong (Norma) of ON and Gregory MacLong (Yan) of Quispamsis; his sister, Donna Jeffries (Robert) of Saint John; his grandchildren: Justin, Alesha (Nigel Allan), Michele, Matthew, Christian, Brianne (Garrett), Kayla (Drew), Madison, Caleb (Margarita) and Skye; his great grandchildren: Alicia,Oliver and Lydia; as well as several extended family members.

Mr. Clarence “Bud” MacLong of Sussex Corner passed away at the Sussex Health Center on December 17, 2021 at the age of 82 with his loving wife by his side.

Along with his parents, he is predeceased by his brother, David MacLong.

Arrangements have been entrusted to the compassionate care of Wallace Funeral Home, 34 Sunnyside Drive, Sussex, (506-433-1176). A celebration of Bud’s life will be held from Faith Bible Baptist Fellowship on December 21, 2021 at 2:00pm. Due to the recent COVID-19 regulations, proof of government identification and vaccination must be provided for entry and masks are mandatory.

Donations in memory of Bud may be made to the Heart and Stroke Foundation, Diabetes Society or to a memorial of the donor’s choice. Condolences to the family and donations may be made through WallaceFuneralHome.com

Share Your Memory of
Bud
Upload Your Memory View All Memories
Be the first to upload a memory!
Share A Memory