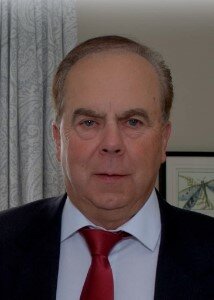 It is with sadness the family of James (Jim) William Davis announces his passing which occurred on Monday, January 3, 2022, at the Sussex Health Centre, Sussex, at the age of 73.  He was born in Annapolis Royal, NS on September 15, 1948, a son of the late Alvin & Leona (Garron) Davis.

Arrangements have been entrusted to Wallace Funeral Home, 34 Sunnyside Drive, Sussex, NB (506-433-1176) and will be held privately at this time. Interment will take place in the spring at Evergreen Cemetery, Sussex.

Donations in memory of Jim may be made to the Heart and Stroke Foundation or the charity of the donor’s choice.  Online condolences and donations may be made through WallaceFuneralHome.com

Share Your Memory of
Jim
Upload Your Memory View All Memories
Be the first to upload a memory!
Share A Memory