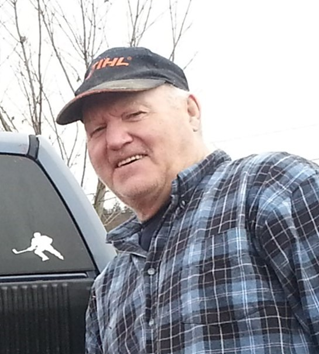 Mr. Gordon Joseph Hayward was born in Sussex on January 30 ,1947. Gordon passed away on Tuesday morning January 25, 2022 at the Sussex Health Centre. He was the son of the late Holly Hayward and Mary (McFarlane)Seely.

Gordon married his teenage sweetheart Eileen Floyd January 2,1968. They raised 4 hardworking young men whom Gordon was so very proud of their life’s accomplishments.

Gordon was a Journeyman Carpenter and Scaffolder. He also was a multi-trades person. He loved fixing things, always curious how things worked. Gordon built him and Eileen a beautiful home in Marshall Hill as well as helped with the construction of his son’s new homes which he was very proud of.

Before he retired, he travelled out west to work at Fort McMurray and worked on the old and new Potash mine in Sussex. He was so proud he had the chance to work in Fort McMurray, he said he now understood what everyone talked about.

He was extremely proud of his grandchildren and loved to hear their stories and didn’t mind teasing them as well.

Arrangements have been entrusted to Wallace Funeral Home, 34 Sunnyside Drive, Sussex, NB (506-433-1176). A celebration of his life will take place at a later date.

The family would like to thank the Sussex health care workers who cared for Gordon, their kindness and compassion will never be forgotten.

Donations can be made to Diabetes, Heart and Stroke foundation or the charity of the donors’ choice.

Condolences to the family and donations may be made through WallaceFuneralHome.com.

Share Your Memory of
Gordon
Upload Your Memory View All Memories
Be the first to upload a memory!
Share A Memory