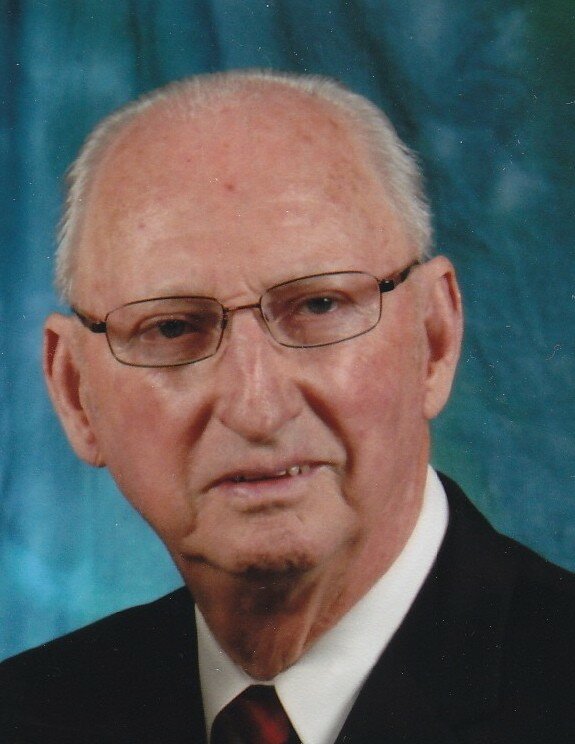 *Please note changes in arrangements below.

It is with great sadness that the family of Victor Emmerson Freeman Black announce his passing on February 15, 2022 at Sussex, New Brunswick at the age of 92.  Born on August 9, 1929, in Havelock, New Brunswick, he was a son of the late Orland Black and Edna (Thorne) Black.

Victor grew up on the family farm at Salem, New Brunswick. He learned the value of work at an early age.  In addition to helping out with farm chores, Victor took on other responsibilities including delivering groceries, cutting logs and hauling them with a horse team, and working as a labourer and on the construction of the cement plant in Havelock. After assisting the electrician to install electricity in the family home, he went on to work with him as an electrician’s assistant, installing electrical wiring and fittings to bring electricity to homes in Millstream and the surrounding area.

Victor met Edith Fisher in 1949 at a service at the Nazarene Church in Moncton. They were married in 1951 and their first child, Ronald arrived two years later. The family soon grew with the addition of Kevin and Valerie.

It was always Victor’s dream to have his own retail clothing store, and in 1968, the Black family moved to Sussex where he and Edith opened Black’s Fashions.

Although Black’s Fashions started out as a small retail outlet store selling coats, women’s fashions, and lingerie, it soon outgrew its space and had to expand more than once to larger store premises.

Black’s Fashions drew patrons not only from the local area, but from throughout the province and beyond. Victor loved spending time chatting with his customers and their families. He was especially happy that his children also worked with their parents at the store.

Victor also established Black’s Holdings and acquired numerous residential and commercial properties. He focussed on the improvement of redevelopment of many properties in the downtown core.

Victor was active in supporting many worthwhile community causes and was immensely proud to be able to give back to the community that welcomed him and his family and provided him the opportunity for his business success.

His work ethic was second to none. He always wore a suit to work and even at the age of 92, he still went to work everyday. He was a man of great faith, and his faith gave him immense comfort as he faced the challenges before him.

Victor was a devoted husband, father, and grandfather and spending time with his grandchildren and great grandchildren one of his great joys. He will be sadly missed and lovingly remembered by his family and many friends.

The family is grateful for the exceptional care provided by the staff of Extra Mural. Extra Mural nurses visited everyday and were always on call.

Special thanks as well to Dr. MacMullin and Dr. Wildish for their care.

Donations in memory of Victor, may be made to Caton’s Island, Encounter Church, The Sussex Area Community Foundation or a charity of the donor’s choice.  Condolences to the family and donations may be made through WallaceFuneralHome.com

Share Your Memory of
Victor F.
Upload Your Memory View All Memories
Be the first to upload a memory!
Share A Memory