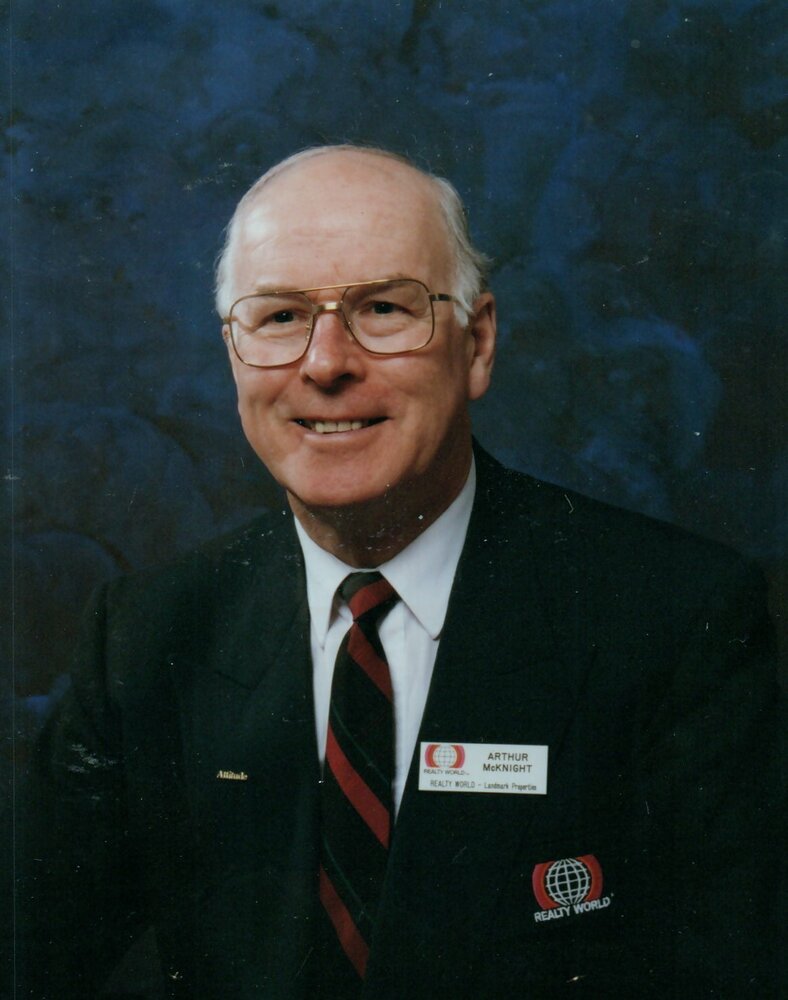 It is with great sadness the family of Hanford Arthur McKnight announce his passing which occurred at the Sussex Health Centre on February 16, 2022.

Mr. Hanford Arthur McKnight was born in Apohaqui, September 7, 1935. He was the son of the late Earl and Hazel (Crothers) McKnight.

He farmed with his father and brothers on the family farm until 1968. He then purchased his father-in-law’s farm on the Post Road and named it Picadilly Holsteins. Art loved farming and did so until 1983, when he became ill with farmer’s lung. He worked for ProCan Equipment as a salesman and shop foreman until he started selling real estate, which he continued for the rest of his working career.

He loved working in the woods and spending Wednesdays with the boys snowmobiling and four-wheeling.

Art was an active member of St. John’s United Church, board member of the Agricultural Museum and Kirk Hill Cemetery.

Along with his parents, he was predeceased by his brothers: Malcolm and Gerald and by his sister, Margarite.

Arrangements have been entrusted to Wallace Funeral Home, 34 Sunnyside Drive, Sussex, NB (506-433-1176) from where visitation will be held on Monday, February 21, 2022 from 1-3pm. Due to Covid 19 regulations, for entry, proof of identity and vaccination must be provided, also masks are required at all times.

Share Your Memory of
Art
Upload Your Memory View All Memories
Be the first to upload a memory!
Share A Memory