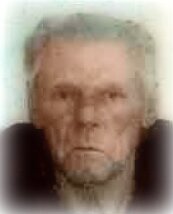 It is with great sadness that the family of Delbert Theodore Anderson announces his death, which occurred on March 6 at Sussex Health Centre. Born in Sussex, NB, on January 5, 1943, he was a son of the late Theodore and Flossie (Linden) Anderson.

Along with his parents, Delbert was predeceased by his sister, Carol Anderson and his sister-in-law, Muriel (Darrell) Anderson.

Donations in memory of Delbert may be made to C.A.R.M.A. Personal condolences to the family and donations may be made through wallacefuneralhome.com

Share Your Memory of
Delbert
Upload Your Memory View All Memories
Be the first to upload a memory!
Share A Memory