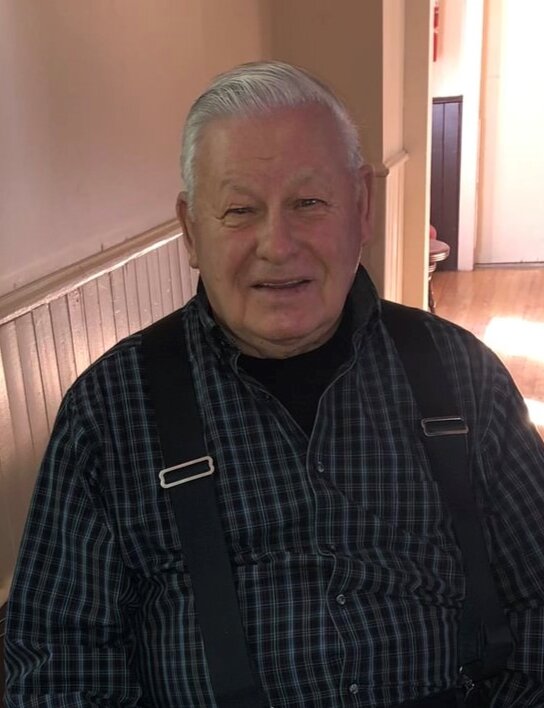 Gordon Ira Gregg went home to heaven on April 8, 2022 at the age of 81, which occurred at the Sussex Health Centre.  Gordon was born in Thorn Brook “Canaan” on October 18th, 1940; he was the son of the late George and Hazel (Almon) Gregg.

Gordon raised a family of four with his loving wife Elsie alongside him for 57 years. Known to many as Gordon, he also answered to Gord, Gordie, Dad & Grampy.

He lives on in the hearts of his beloved wife Elsie; their children Timothy Gregg (Connie) and their son John of Salisbury, Philip Gregg (Sherri) of Irish Settlement & Philip's children Simon and Makailah, Sherri's son Josh, wife Justine and their son Landon; Nathan Gregg and his children Casey & Emma of Barnesville; Heather Welton (John) and their children Skylar and Graycen of Apohaqui; his brother Norman Gregg (Sharon) of Collina; his sisters Beatrice Obermeier (John) of Sussex, Doris Cruickshank of Smiths Creek, Sharon Boyd (Larry) of Norton and Sheila Bozic of Salisbury; sister-in-law Freda Alward; brother-in-law Whitfield Steeves; as well as several nieces and nephews. Gordon was predeceased by his brothers-in-law Paul Bozic of Oshawa, Arthur Cruickshank of Smiths Creek, and his sister Elva Steeves of Dunsanine.

Gordon had a career in trucking for 50 plus years. He claimed to be semi - retired at 65 but kept driving Summer's until he was 76. He worked hard to provide always putting his family first. His trucking career took him to Toronto, PEI and eventually back to settle in New Brunswick. He was a family man in every sense of the word, always helping at home with the kids, meals and housework. During his off time there were many trips to visit family and friends in Ontario and PEI often times that would include making bown bread, rolls & gidder cookies.

Gordon loved to spend time at Martin Head over the years spending vacation camping and collecting dulse and many side adventures. In later years Dad picked up a love for Atv'ing all over the countryside. Many years were spent at their beloved "camp" in Havelock sitting together looking out over where they grew up. Dad loved to visit with their friends, oftentimes to fellowship and play cards (skipbo and uno were favourites). He also loved to whip the grandkids at crokinole. In later years Dad was content to be home with Mom, the kids and grandkids sitting in his chair watching the news or nascar and watching and deer and wildlife pass by the window.

Arrangements have been entrusted to the care of Wallace Funeral Home, 34 Sunnyside Dr, Sussex NB (506-433-1176), from where visitation will be held on Monday April 11th, 2022 from 2 to 4 pm and 6 to 8PM. A public graveside service will be held at Gosline Cemetery, Knightville on Tuesday, April 12th at 2pm (you are welcomed to bring your lawn chair for comfortable seating).

Donations can be made in memory of Gordon, to Gosline Cemetery or to a charity of your choice. Condolences to the family and donations may be made through WallaceFuneralHome.com

Share Your Memory of
Gordon
Upload Your Memory View All Memories
Be the first to upload a memory!
Share A Memory