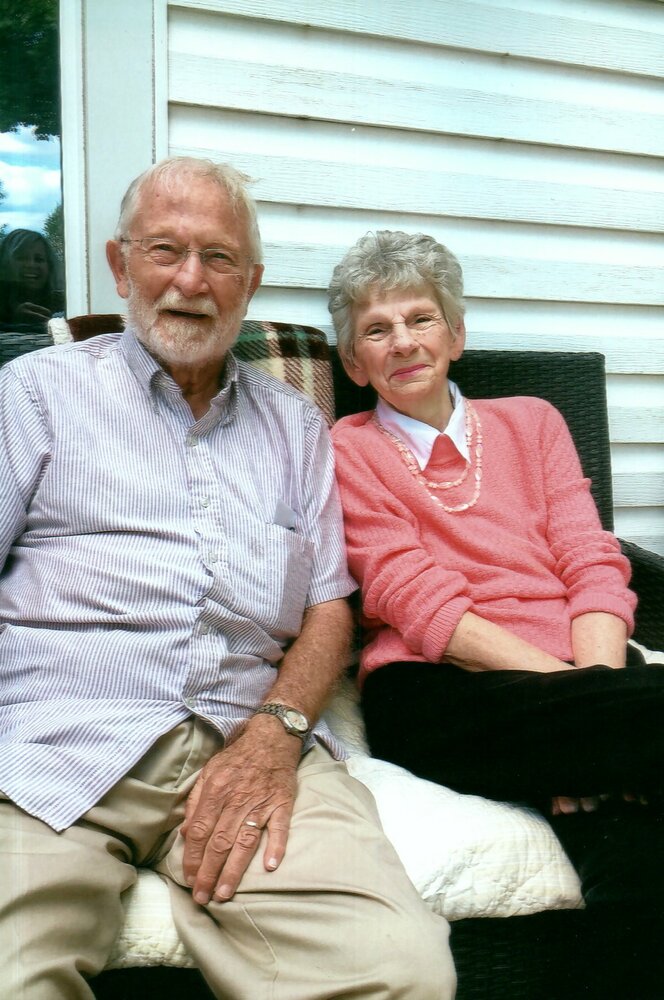 It is with heavy hearts that the families of Keith and Doris Alward announce their passing just hours apart at the Kiwanis Nursing Home on May 4, 2022.

Doris Doreen (MacDonald) Alward was born in Upham, NB on March 27, 1930 to Ernest and Gertrude (Steele) MacDonald and Charles Keith Alward was born in Havelock, NB on August 18, 1931 to Charles and Esther (Keith) Alward.  In December of 1950 they would join their lives together building a family and celebrating 71 years of marriage.

Along with their parents, Keith and Doris are predeceased by their infant son, Stephen.

Arrangements have been entrusted to the compassionate care of Wallace Funeral Home, 34 Sunnyside Drive, Sussex, NB (506-433-1176). A Celebration of Life will be held at a later date.

Donations in memory of the Alward’s may be made to the Shriner’s or a charity of the donor’s choice. Personal condolences to the family and donations may be made through wallacefuneralhome.com

Share Your Memory of
Keith
Upload Your Memory View All Memories
Be the first to upload a memory!
Share A Memory