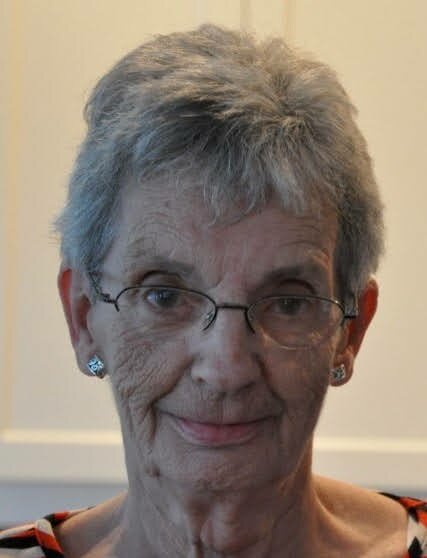 It is with sorrow that we announce the passing of Patricia Elaine Long, 87 years young.  Born in Carlton County, New Brunswick she was the daughter of the late Percy and Muriel (Peterson) Lister.  She passed away on July 27th, 2022 at the Moncton City Hospital with her loving family at her side.

Pat’s early years were spent in Woodstock, where she graduated from Woodstock High School in 1953.  She was a very good basketball player for her high school team and took pride graduating at the top of her class. She grew up very close to her Uncle Vaughn and Aunt Mary who lived near by.

Her family moved to Hampton in 1953 where she met her soon to be husband, Earl Long.  Pat enrolled in the Modern Business School and would commute to Saint John by train. She met Earl at the Hampton Station. He would deliver the milk from his father’s farm to be transported to the dairy in Saint John. When Earl first saw his future wife at the station he went home and told his mother Viola, “I just saw the most beautiful girl in the world.” They were married in 1956.

Their first born was Murray, who came along in 1957. Their second son, Robert, was born in 1958, and their third son, Rodney, was born in 1968.  Murray and Robert spent their early years in Saint John until Earl transferred to Moncton and they built a life on Killarney Road in Riverview.  Pat and Earl decided to go into business for themselves. They owned and operated Long’s Variety in Gunningsville and then Long’s Super Variety on Pine Glenn Road in Riverview. Through these years, Pat juggled being a master bookkeeper, an accomplished cook, avid gardener, but more importantly family came first to her.  She was a very loving mother to her three boys.

When summer came, Pat and Earl would be “down country’ at their summer home in Portage Vale along the Kennebecasis River.  They loved spending time there gardening, feeding the hummingbirds, driving around the logging roads in their dune buggy, checking in on some of their favourite places, the Dutch oven, old Evil, and Dave’s hollow to name a few.

They enjoyed hosting friends and family for summer barbecues with fresh vegetables picked right from their garden. Nobody left hungry you can be sure.  They were so proud of their cottage, they worked hard to keep it nice and enjoyed relaxing on the deck in the afternoon shade. It was time well spent.

In 1995, Pat and Earl decided to change direction and purchase a Dairy Queen franchise in Antigonish, N.S. along with their eldest son, Murray and his wife Carol.  They sold their house on Killarney Road, the summer home, Long’s Super Variety, and away they went to Nova Scotia.  They were 59 and 60 years old at the time. The Long family worked diligently to turn the operation around and through their perseverance they succeeded.  Pat and Earl were very proud of the Dairy Queen.  Pat managed the books and made sure the vendors were paid along with the employees.  She had good business sense.  After Earl passed away in 2009, she made her way back to Riverview and lived the rest of her years at Royal Court.  She enjoyed her latter years there - playing bridge, crib, and dominos with the other residents.

Left to go on without her are her son, Rodney and his wife Beth of Victoria, BC; daughter-in-law Carol Long of Moncton, NB; grandchildren: Shannon Long (Jamie Stewart) of Antigonish, NS, Michelle Long (Andrew Vanbuskirk) of Riverview, NB, Jaimie (Robert) Pretzlaw of Edmonton, AB, Robert Jr Long of  Edmonton, AB, as well as Sarah and Markus Long of Victoria, BC. She is also survived by her cherished great grandchildren Chase, Avery, Madisyn and Mackenzie; brother-in-law George (Moyra) Long of Sussex, NB; sister-in-law Evelyn (Claude) Dixon of Quispamsis, NB, as well as several nieces and nephews. Pat was predeceased by her brother Peter (2006), husband Earl (2009), sons Robert (2015) and Murray (2018).

Donations in memory of Pat may be made to Midland Cemetery, Moncton SPCA or the charity of your choice.  Condolences to the family and donations may be made through WallaceFuneralHome.com

Share Your Memory of
Patricia
Upload Your Memory View All Memories
Be the first to upload a memory!
Share A Memory