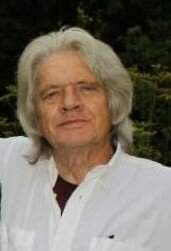 It is with deep sadness and heavy hearts that the family of Robert “Boston Bob” Allen Sakell announce his passing on August 22, 2022 at the age of 75.

Bob was born on May 1, 1947 in Fall River, Massachusetts; He was the son of the late Henry and Veronica (Kupiec) Sakell.

He lives on in the hearts of his loving wife, Eve (Eveyln McEwen); his sons: Nick Sakell and his wife Daneca of Berwick, Robert Sakell and Sandra DiBonaventura of Moncton and Scott Sakell and his wife Courtney of Havelock; his special sons: Robert (Bobby) Smith of Sussex and Jamey Morris of Texas; his grandchildren: Logan, Nathan, Dominic, Jayden, Christian, Leta, Devin, Tanita, Vanessa and James; his sisters-in-law: Doris Sakell, Trena Adair and her husband Winston, Jane McEwen and Laura McEwen; his brothers-in-law: Glen McEwen and his wife Diane, Ross McEwen and Dennis McEwen; as well as many nieces and nephews.

Along with his parents, he is predeceased by his brother, Peter Sakell; his sister, Barbara Marchand and her husband Pete and by his sister-in-law, Reintraud McEwen and brothers-in-law, Brent McEwen and wife Jane, Douglas McEwen, Cyril McEwen and Blair McEwen.

Arrangements have been entrusted to the care of Wallace Funeral Home, 34 Sunnyside Drive, Sussex (506-433-1176). A Funeral Mass will be held on Sunday, August 28, 2022 at 2:00pm from St. Francis Xavier Roman Catholic Church, Sussex. A celebration of Bob’s life will be held at the Berwick Hall (Millstream Recreation Centre) on Sunday, September 11,2022 from 1:00pm until 5:00pm followed by an interment at Wesley United Church Cemetery, Berwick.

In lieu of flowers, donations to the Living Memorial would be much appreciated by the family. Online condolences and donations may be made at WallaceFuneralHome.com

Share Your Memory of
Bob
Upload Your Memory View All Memories
Be the first to upload a memory!
Share A Memory