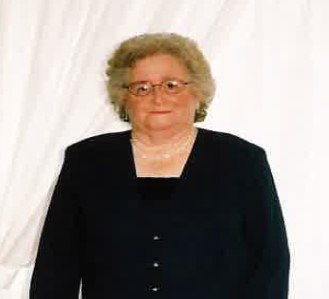 It is with great sadness the family would like to announce the passing of Joan Florence (White) (Reece) Hyslop which occurred on January 14, 2021 at the Mill Cove Nursing Home surrounded by her family.

Born in Saint John she was a daughter to the late Phillip & Louise (Gordon) White.

Arrangements have been entrusted to the professional care of Wallace Funeral Home, 34 Sunnyside Drive, Sussex NB from where a private funeral service will be held on Monday, January 18, 2021 at 11AM with Rev. Greg Gray presiding. You may view the funeral via Livestream in the button provided. Interment will be held in the Spring at Cumberland Point Community Cemetery.

Donations in memory of Joan may be made out to Sussex Baptist Church, The Alzheimer’s Society or to a charity of the donor’s choice. Online condolences and donations may be made at www.WallaceFuneralHome.com

Share Your Memory of
Joan
Upload Your Memory View All Memories
Be the first to upload a memory!
Share A Memory