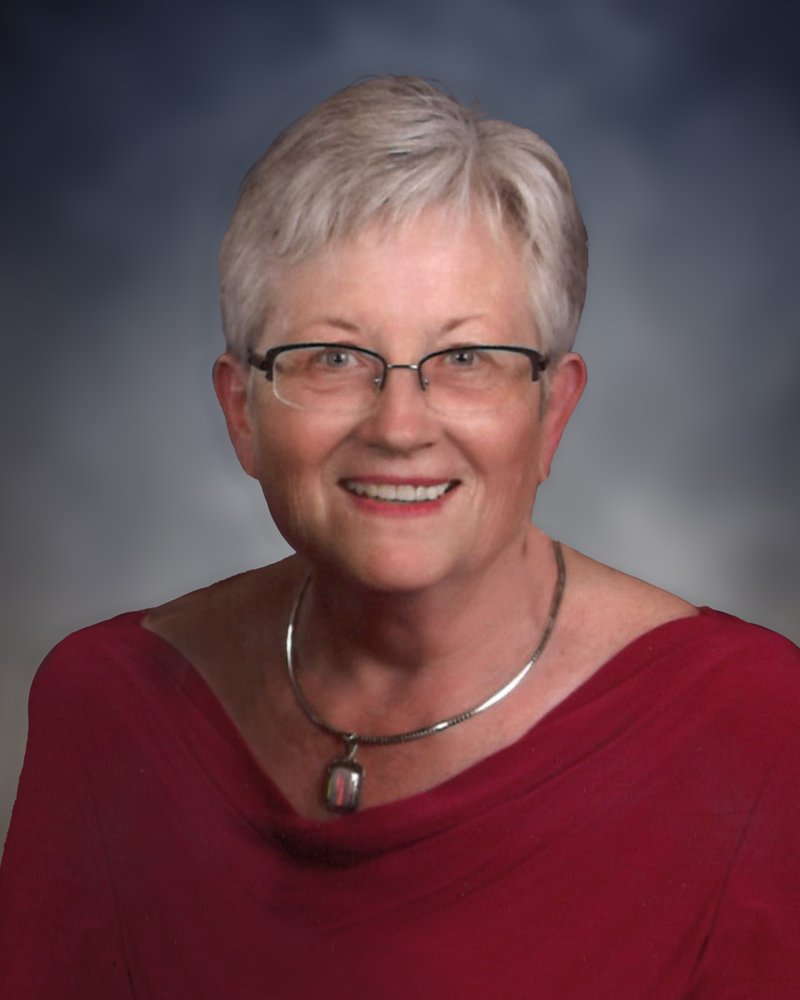 Helen was born on September 3, 1951, in Eastport, ME to Harry and Bernice (Anthony) Martin of Wilson’s Beach, NB.  As the youngest of three, she could be found trailing behind her big brother and sister, licking the spoon from her mother’s mixing bowls, playing with her best friend, Tammy the Collie dog, singing or hiding away with her nose in a good book. Every summer from the age of three on, she could be found at Edith Lank Camp where her mother was camp cook, spending many hours in the kitchen washing dishes, being a camper, counsellor or leader.

In 1969, Helen graduated from Campobello Island Consolidated School and headed to UBBTS/ABC the following September where she received her Associate of Arts Degree. Her love of working with children led her to Gordon College where she graduated with an education degree in 1973. During her college years, Helen was involved in Gospel music groups, and Vacation Bible Schools, including one that took her all the way to northern Manitoba.

Her first teaching assignment landed her in Hartland, NB where she made deep friendships and lifelong connections at both church and nearby Camp Shiktehawk. Under the rich preaching of Rev. Harry Waugh, coupled with her desire to serve God, Helen developed a heart and passion for missions. This led her to serve with Sudan Interior Missions at Radio ELWA in Liberia, Africa from 1976-1984. She taught literacy to various grade levels and was involved in developing adult literacy programs.

Helen met Andrew in 1982 while home on leave. The two were introduced by her sister-in-law at Helen’s birthday’s party and connected instantly which developed quickly into a strong friendship and deepening relationship. Andrew flew to Africa in December of 1983 which solidified their feelings for each other. Upon Helen’s return to Canada, Andrew proposed, and they married on August 4, 1984, at the Wilson’s Beach United Baptist Church.

After living on Campobello for a couple of years, the couple moved to Sussex, NB. Her love for children led her to work as a nursery school teacher, tutor and finally a beloved kindergarten teacher in Apohaqui and Norton Elementary until she retired in 20o8 as a literacy mentor.

Helen’s heart for missions never wavered throughout the years. She was extremely active in her church: coordinating VBS, singing in the choir, leading a weekly ladies’ Bible study, teaching Sunday School, on the executive of the Atlantic Baptist Women Missionary Union, on the Women’s Missionary Society and sitting on many other church boards and committees. Helen was also dedicated to the Gideon organization for the past 35 years, holding positions such as National Auxiliary Secretary and Atlantic Representative and presently serving as a member of the Greater Fundy Chapter.  She also served in the community as treasurer for Big Brothers Big Sisters.

In addition to being a dedicated and loving wife to her husband Andrew for almost 37 years, she loved music, her cats Snuggles and Scamp, reading, cross stitching, sewing, travelling and a meal with those she loved. Throughout her entire life, she held an unwavering faith in God, which she shared with those who surrounded her.

Helen is predeceased by her parents Harry and Bernice (Anthony) Martin; a sister Elizabeth; a niece Stephanie Shannon and various aunts, uncles and cousins.

Arrangements have been entrusted to the care of Wallace Funeral Home, 34 Sunnyside Drive, Sussex (506-433-1176) from where visitation will be held on Tuesday, July 20, 2021 from 3:00pm – 7:00pm. A Celebration of Helen’s life will be held the following day at 1:30pm from Sussex Baptist Church with Pastor Shawn Tait presiding. Due to Covid-19 please call the funeral home to reserve your seat. The service will be live streamed and can be viewed on the Wallace Funeral Home website.

If desired, donations to the   Edith Lank Memorial Christian Camp would be appreciated by the family.

Online condolences and donations may be made at www.WallaceFuneralHome.com.

Share Your Memory of
Helen
Upload Your Memory View All Memories
Be the first to upload a memory!
Share A Memory
Plant a Tree