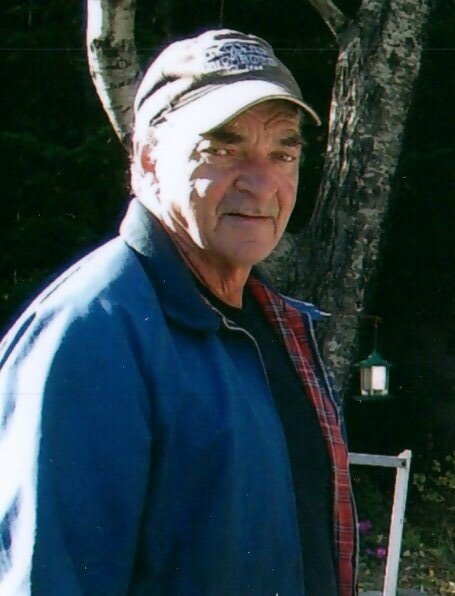 With immense sadness the family of Travis Smith Johnston announces his unexpected passing at home on December 8, 2021. Travis was the son of the late Austin and Mary (Allaby) Johnston. He was born December 2, 1948, in Sussex and was the first of the family to be born in the hospital. He was named after Dr. Travis Dougan.

He was predeceased by his brothers: Karrl (Helen), Cyrus (Marlene), Anglin and Gorman; his sister, Winnie Parlee and brother-in-law, Fred Dempster.

As a young man Travis worked in a tire shop.  Soon after his marriage, he bought his first pulp truck and became self employed, loading his truck with a pulp hook and developing the muscles he still used to put the young fellas to shame.  He then spent many years operating heavy equipment and retired from DOT in 2014.

Travis never met a stranger, and anyone was always welcome at his table for a bite to eat, coffee, tea or a sip of something stronger.  When you left after a round or two of his jokes told with a straight face; you probably received a rib cracking bear hug.  He loved being in the woods; either working, 4-wheeling with family and friends, hunting and just enjoying the outdoors.

If it was broken, he could fix it.  If it needed to be built, he could do that too.  He built our home from the ground up, learning as he went along.  He was the best "chainsaw carpenter" around.  Whether building, welding, mechanics or running machinery- he was your go to guy.  He always had the answer to your trouble.

Travis enjoyed socializing and made many friends; whether it was at a card party, arm wrestling competition or a horse shoe tournament.  Or just sitting at the camp waiting to see who would drop in.  He had a whole new generation of camp buddies he loved to tease.

He was generous to a fault, whether it was his time, skills, possessions, or humour. Travis had much love for those in his life and if he was teasing you, you were in. He also loved his many pets through the years with a special spot in his heart for Russell. His stray cats will miss him and his treats.

Arrangements have been entrusted to the compassionate care of Wallace Funeral Home, 34 Sunnyside Drive, Sussex, (506-433-1176), from where visitation will be held on Monday, December 13, 2021 from 2 to 4 and 6 to 8pm.  Due to the recent COVID-19 regulations, Proof of Identification and Vaccination must be provided for entry and masks are mandatory.

Donations in memory of Travis, may be made to the SPCA or to a memorial of the donor’s choice. Condolences to the family and donations may be made through WallaceFuneralHome.com

Share Your Memory of
Travis
Upload Your Memory View All Memories
Be the first to upload a memory!
Share A Memory