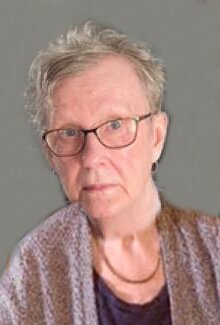 Mrs. Phyllis Marie Lisson was born in Saint John, NB on August 6, 1942; she was the daughter of the late George and Ida (Wilson) Lisson.

Phyllis worked for many years at as a telephone operator and then several more as a caregiver.

Mrs. Phyllis Marie Lisson of New Line passed away peacefully at home with her family by her side on December 14, 2021 at the age of 79.

Arrangements are entrusted to the care of Wallace Funeral Home, 34 Sunnyside Drive, Sussex NB (506-433-1176). At Phyllis’ request any arrangements will be held privately.

Donations in memory of Phyllis may be made to the Living Memorial. Condolences to the family and donations may be made through WallaceFuneralHome.com

Share Your Memory of
Phyllis
Upload Your Memory View All Memories
Be the first to upload a memory!
Share A Memory