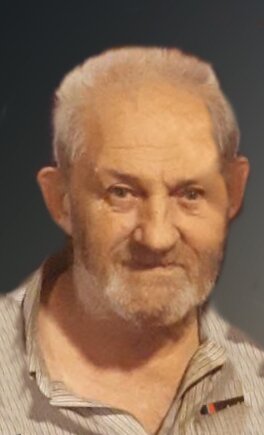 Mr. Harold Allen Speight was born in Saint John, NB on January 29, 1952; He was raised by Amos and Fannie (Henwood) Snider.

In December of 1974, Harold would meet the love of his life, Grace Callaghan and a few short months later on February 15, 1975 they would be married. Together they would build a life for 47 years, celebrating that life with four beautiful children, six grandchildren and one great grandchild. Harold loved each and everyone of them with all of his heart.

Harold was a give the shirt off his back kind of man. One with a huge heart and a kindness that spread on throughout his actions. He loved to laugh, make others laugh and spread joy whenever he could.

In his younger years, he had a passion for the ice. Every Sunday he could be faithfully found doing what he loved, playing hockey. He was a solid Toronto Maple Leafs fan, and nothing could sway him.  He also had a love for video games.

Mr. Harold Allen Speight of Walker Settlement, passed away suddenly on August 27, 2022 at the age of 70.

Along with his parents: Amos and Fannie (Henwood) Snider; he his predeceased by his siblings: Garnett Snider, Alice Brebner, Hattie Geldart and infant sister, Julia Snider

Arrangements have been entrusted to the compassionate care of Wallace Funeral Home, 34 Sunnyside Drive, Sussex, (506-433-1176) from where visitation will be held on Wednesday, August 31, 2022 from 1-3 and 6-8pm. A service celebrating Harold's life will be held from Abundant Life United Pentecostal Church on Thursday, September 1, 2022 at 2:00pm.

Donations to the Living Memorial would be appreciated by the family. Personal condolences to the family and donations may be made through wallacefuneralhome.com

Share Your Memory of
Harold
Upload Your Memory View All Memories
Be the first to upload a memory!
Share A Memory